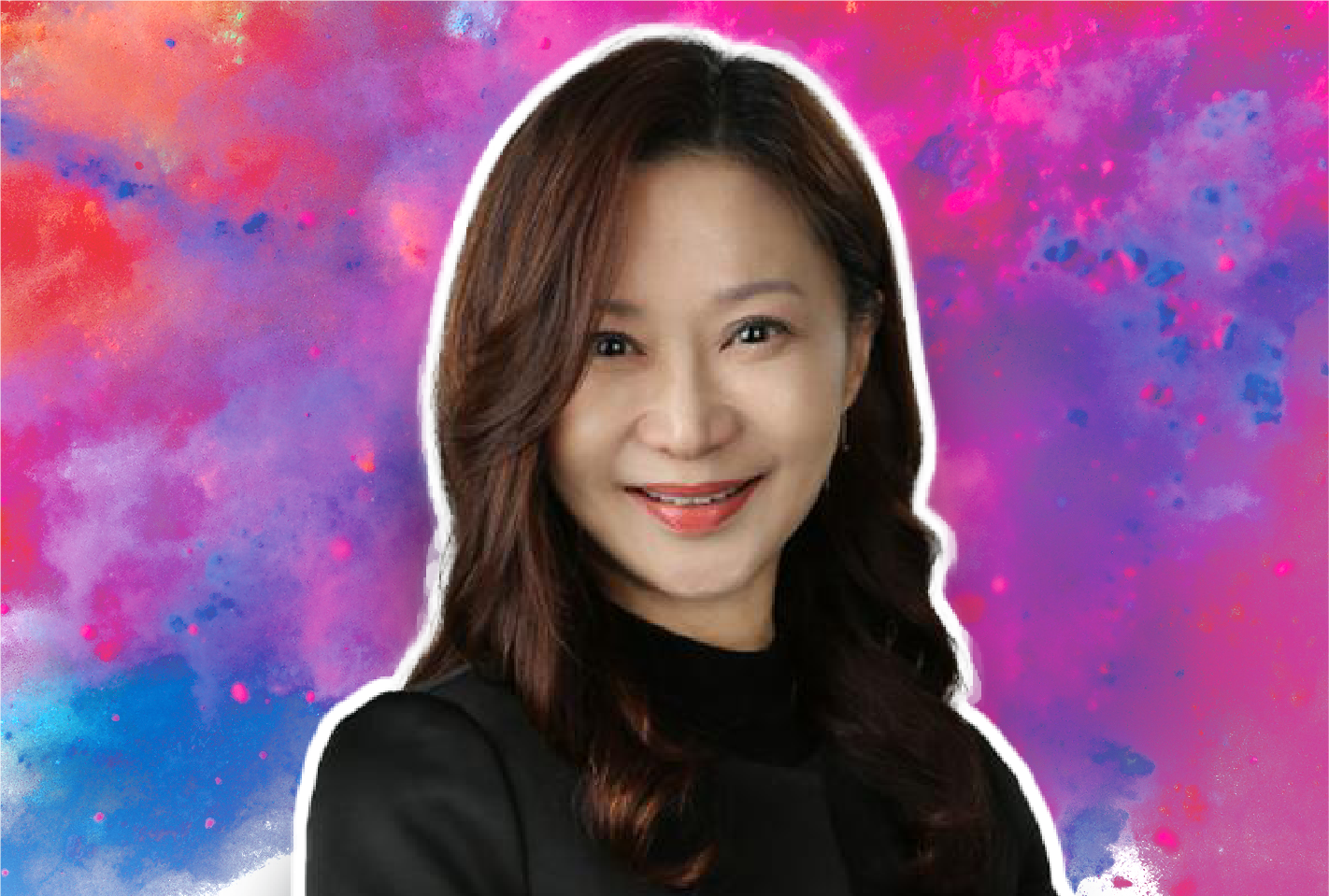 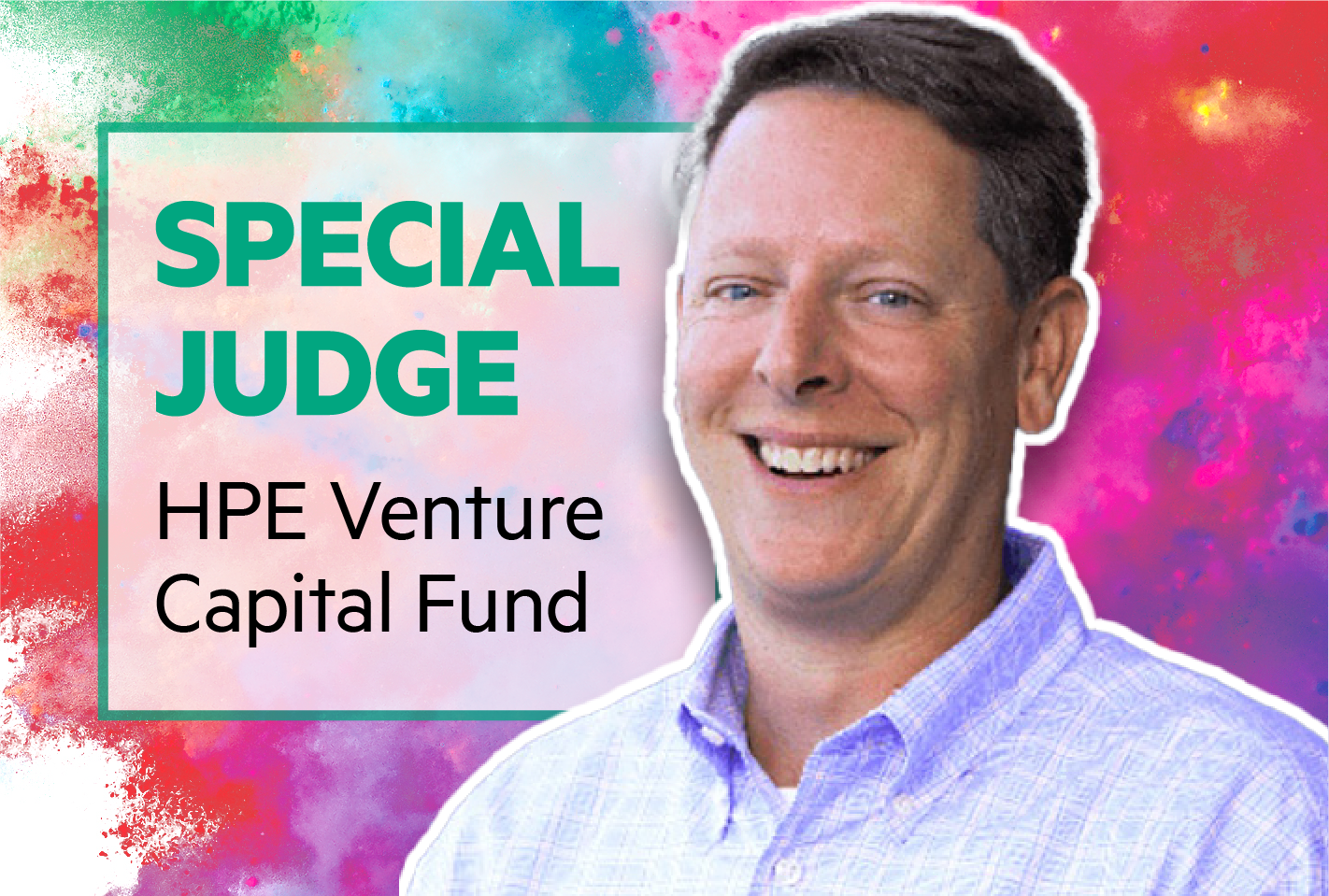 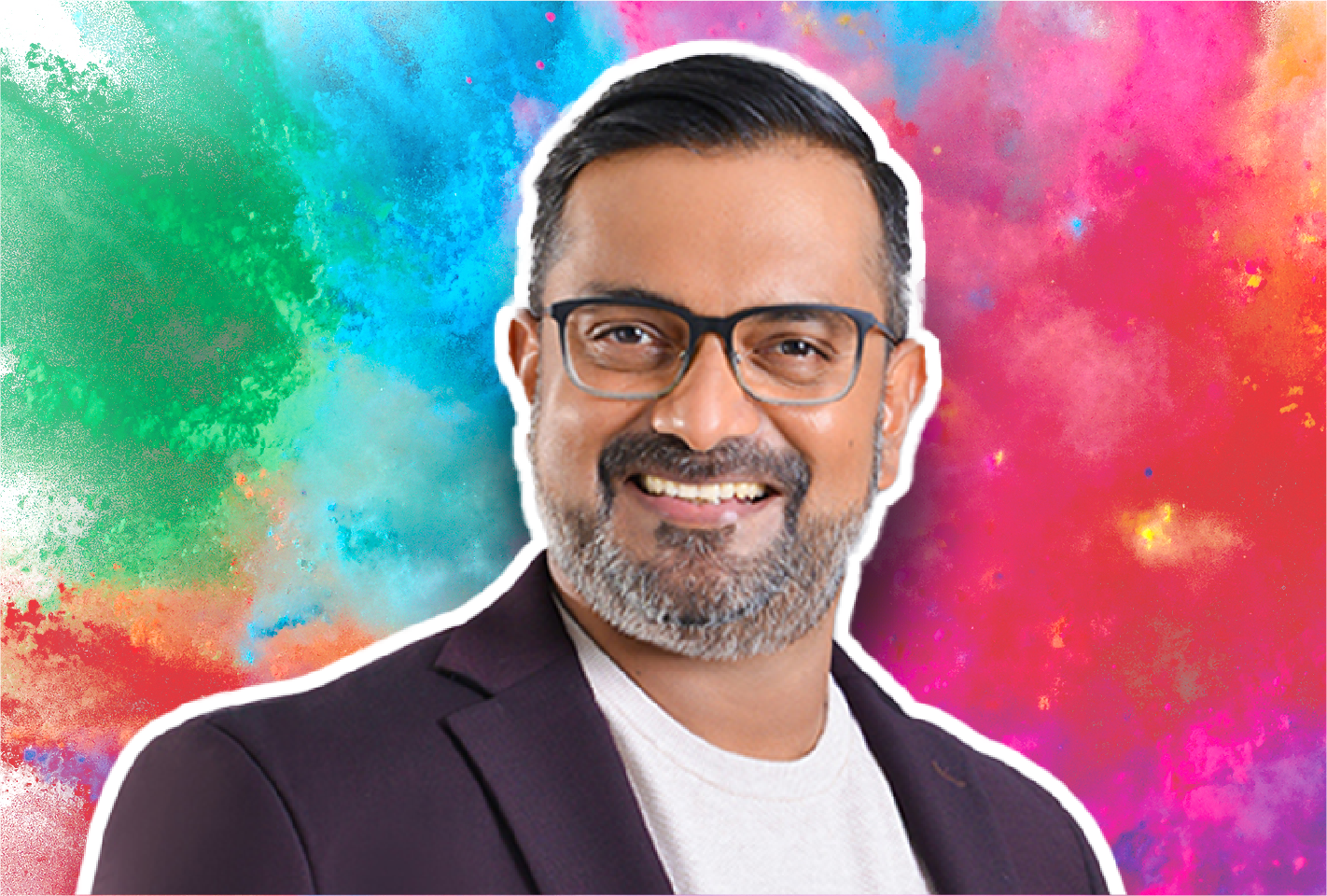 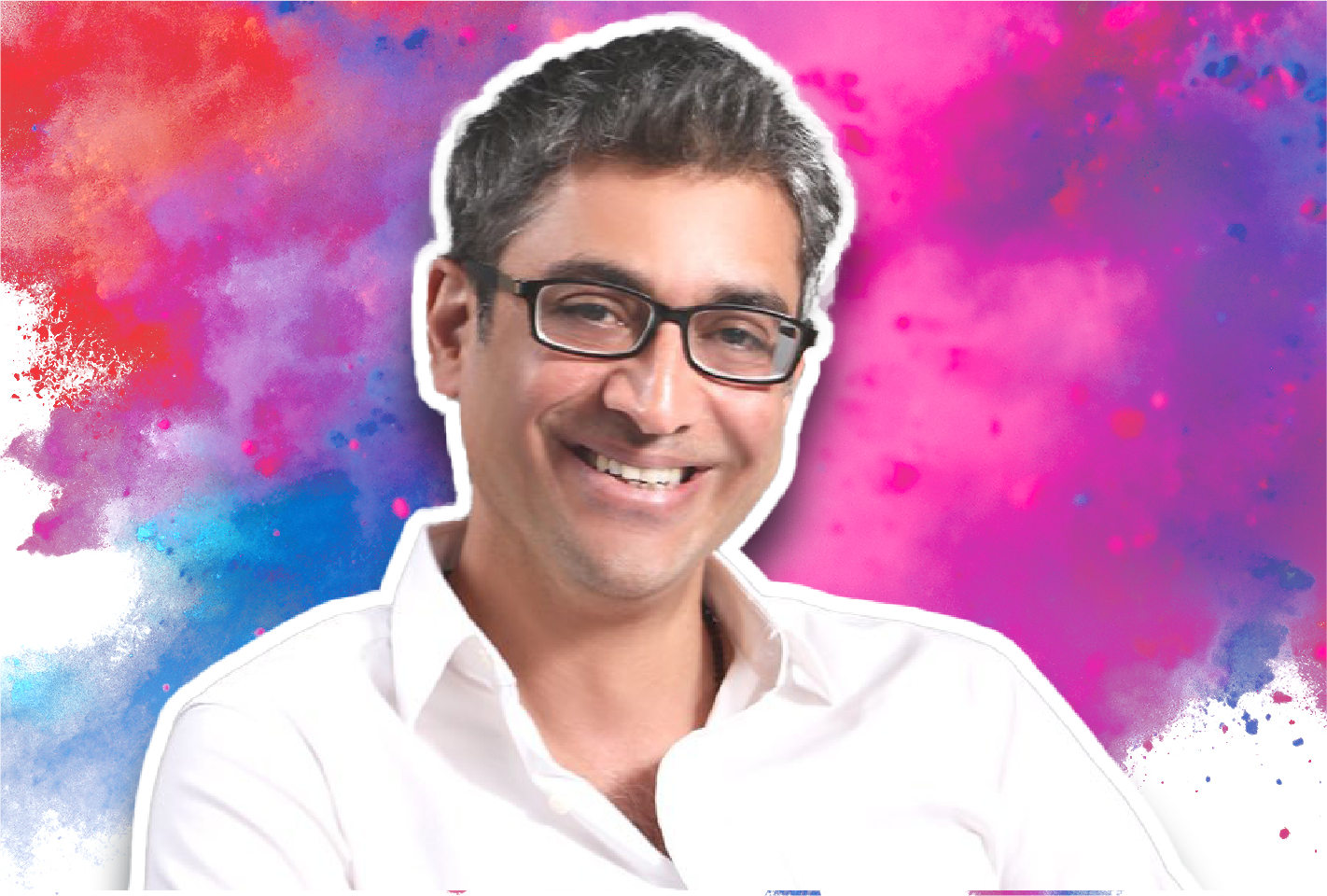 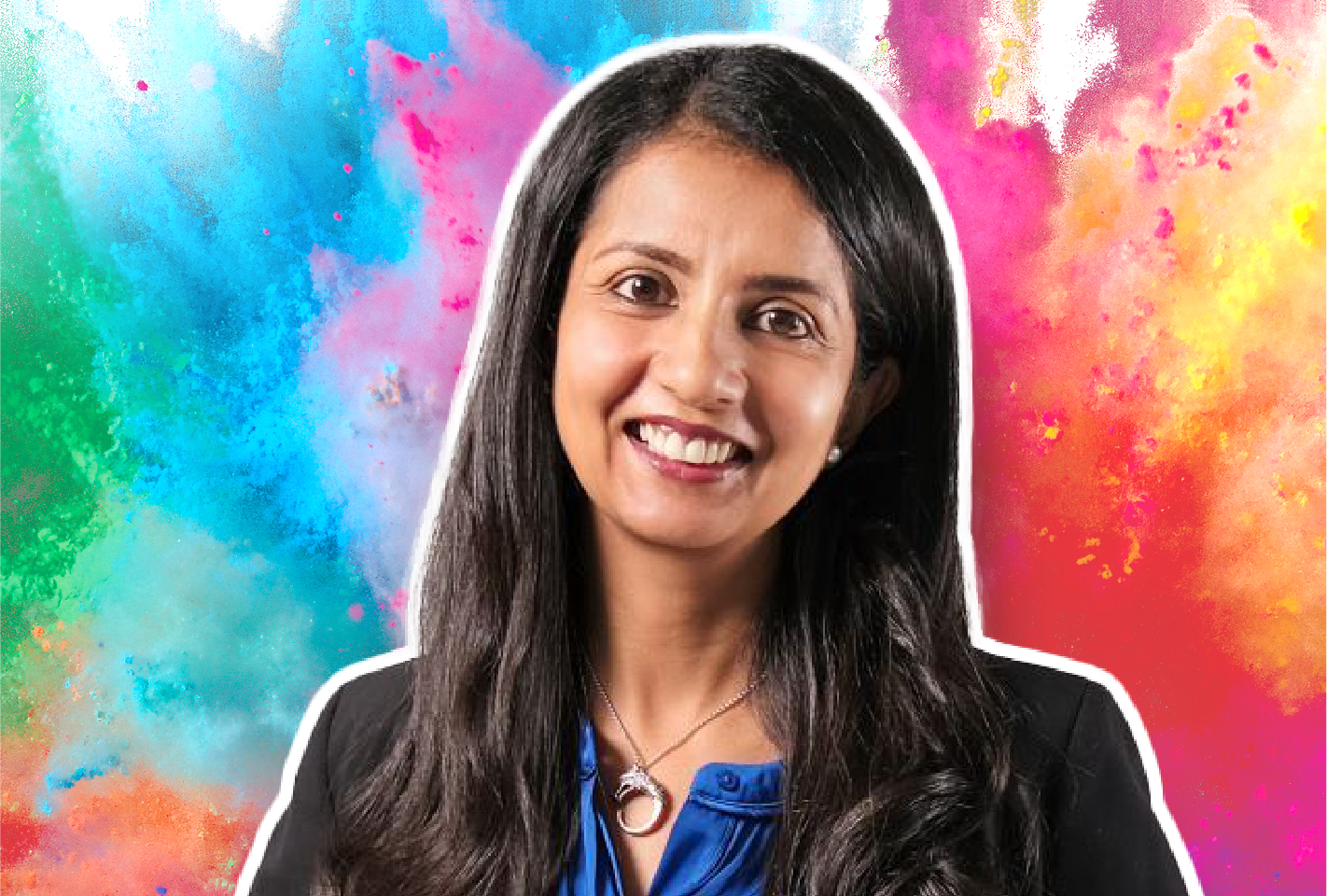 HOW CAN WE HELP?

Email us directly at emily@hpeap-events.com

Hewlett Packard Enterprise Company and its subsidiaries (HPE or We) respect your privacy. This privacy statement informs you about our privacy practices including details of the personal data we collect, use, disclose and transfer as well as choices you can make and rights you can exercise in relation to your personal data.

Thank you for contacting us. We have received your enquiry and will be in touch with you shortly.

Email us directly at emily@hpeap-events.com

Hewlett Packard Enterprise Company and its subsidiaries (HPE or We) respect your privacy. This privacy statement informs you about our privacy practices including details of the personal data we collect, use, disclose and transfer as well as choices you can make and rights you can exercise in relation to your personal data.

The founders of Cloudpick had a single focus in mind: to create technology that allows shop operators, owners and entrepreneurs to transform their brick-and-mortar stores to compete with cashier-based and e-commerce stores.

DataVLT is a young, dynamic company that helps organisations advance their intelligence progression. DataVLT helps to automate intelligence, to building data analytics and AI systems as an outsource solution for all types of enterprises.

H3 Dynamics is a workflow automation company that is digitizing civil engineering inspection and rectification processes across several industry verticals - with a main starting emphasis on real estate and buildings.

Quincus' focus is on creating the operating system for the supply chains of tomorrow.

Based in Singapore with offices in Indonesia, UK, UAE, and other countries, Quincus is developing a modular, configurable platform that utilizes data and machine learning to enable visibility, control, and optimization throughout the supply chain.

Seventh Sense was founded to bring Machine Learning based Computer Vision to the network edge, closer to the sensors/cameras generating pixel data.

STACS is a purpose-driven Singapore fintech firm, with a vision to provide Transformative Technology for the Financial Industry and has an award-winning blockchain platform that unlocks value and enables effective Sustainable Finance.

tagSpace began its journey 7 years ago as a cross-platform, locational AR development kit for developers of Android and iOS devices.

Their flagship products are:

Founded in Dec 2016, Transcelestial is a team located in Singapore that focuses on the building of space laser network to deliver a step-change in internet connectivity globally.

This technology will potentially be the fastest way to bring the rest of the world up on the bandwidth and connectivity curve.

viAct is an organization that is becoming one of its own kind by providing "Scenario-Based Vision Intelligence" solutions exclusively for the construction industry all across Asia & Europe.

weR's mission is to make AR accessible for both businesses and shoppers using mobile devices.

weR sees a future where commercial, retail, industrial and residential users are immersed in Augmented Reality (AR) and has entered the market with the largest retailer in the US and the largest supermarket retailer in Singapore.

Previously, Huey Lih served as the chief operating officer and sales manager for the HPE Growth and Emerging Markets (GEMs), Asia Pacific. Moving forward, she will add to her current responsibilities as the acting managing director for the Philippines and expand her oversight to include leading the APAC channel team.

Prior to joining HPE, Paul co-founded and helped lead Xova Labs, a company focused on start-up formation and early stage incubation. At Xova, Paul helped launch and lead companies focused on leveraging the mobile and cloud technology disruptions, including Mist Systems (acq. by JNPR) and Encaenia.

Before Xova, Paul was a Director in the Corporate Development group at Cisco Systems where he focused on acquisitions, strategy, and venture investments. Paul's responsibilities grew to span Cisco's ~$20 billion Borderless Networking business that included Access Networking, Security, and Small Business. He led more than a dozen acquisitions including IronPort and ScanSafe which entered Cisco into the content security market. Paul also led the initial focus on SaaS, making several investments, including ActOn, AppFolio (APPF), RingCentral (RNG), and Mashery (acq. by Intel). Paul joined Cisco in 2001 as a member of the Corporate Finance team.

Paul received both JD and MBA degrees from Indiana University and a BA from the University of Illinois. He spends his free time swinging golf clubs and baseball bats.

Santhosh is a proven global leader who has lived and worked across 5 countries and several Intel locations since joining the company in 2003. His prior role was Global Director of Operations for the Regional Sales Group, managing sales operations, strategy & planning for the global sales force. He was a key member of Intel's transformation effort in planning and executing the biggest sales and marketing transformation in the company's history. He was also the Chief of Staff & Technical Assistant for APJ GM managing Asia strategy & execution during 2015-16. He led Intel Indonesia as the Country Manager from 2010 to early 2014. Earlier roles in his tenure include leading distribution sales for India & South Asia and sales roles across the region with customer exposure across Asia. Prior to Intel, he worked in sales and business development roles with Wipro in India.

Santhosh has an engineering degree in Industrial Engineering and Management and a Master's degree in Business Administration.

Amit is founder and CEO at Ecosystm, a next generation Technology Research and Advisory Platform. Ecosystm is the pioneer in truly democratising data and making research available to a much broader tech ecosystem as technology markets evolve.

Ecosystm brings together three key stakeholder groups that make up the tech ecosystem - tech buyers, tech vendors and industry experts - and challenges traditional IT research practices by offering unrivalled accessibility, transparency and autonomy on its www.ecosystm360.com platform. As a global first, companies can leverage high quality industry research and data that updates in realtime for an affordable monthly subscription, enabling them to make better planning and purchasing decisions to shape their future digital footprints and roadmaps.

Amit holds a Master's in Engineering Management (Hons) from the University of Auckland. Driven by his passion for innovation, Amit sits on the advisory board of several digital start-ups, he is the Vice Chair on the Board of Directors for TiE Singapore, a Beachhead Advisor for Asia for the New Zealand government, and a global brand ambassador for the Singapore FinTech Festival by the Monetary Authority of Singapore (MAS).

An entrepreneur at heart, Suchi is a company builder and has built successful product lines and business areas for MNC's and is currently venture building start-ups in deep-tech.

Suchi has 20 years of experience in commercial advisory and strategy, product development and launches, and corporate partnerships across global markets, with a strong focus in Australia and Asia. In her current capacity as Director of Venture Building, Suchi provides business building guidance in areas such as business planning, commercial strategy and scaling growth; to new and 'build-from-scratch' Deep Tech start-ups.

Prior to SGInnovate, she was VP at Gartner (CEB), where she was providing strategic advisory to APAC leaders on GTM, business development as well as commercial strategy in Asia.

She has a special interest in AI, Robotics, Sustainability and Healthcare and enjoys mentoring women in STEM. When she's not working, Suchi loves a good book, great coffee and hanging out with her kids who try to educate her on the latest trends of GenZ's.